**Disclosure: This post may contain affiliate links. When you buy through links on our site, we may earn an affiliate commission (no added cost for you).

For as long as you’ve been a gun enthusiast, it’s common knowledge that you can’t just carry your rifle anywhere you want, and for however long you want. Your shoulders and arms would get extremely fatigued really quick. Not to mention, how great it would affect your shooting ability.

Therefore, gun slings come blazing in with all of their glory. And, you should probably know all the types of slings you can purchase for your rifle. Still, it’s worth repeating as some can get confused.

First, let’s all make sure you know what a single point sling is and how it looks like. 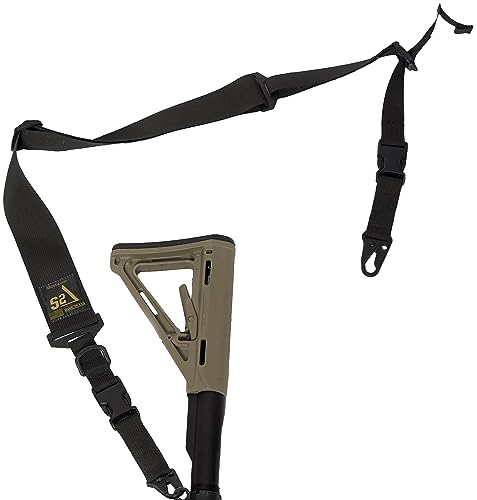 Why they name this sling *above* a single point sling is pretty straightforward, it connects with your gun while only using one point attachment. This type of sling offers a tremendous amount of benefits; some you might not be aware of yet. Nevertheless, the most beneficial one, according to us and some experts, are how easy and quickly you can wear it.

How Do You Wear A Single Point Sling?

The process of wearing a single point sling is rather direct and simple. We will break it down a bit so you can grasp the idea as thoroughly as possible. 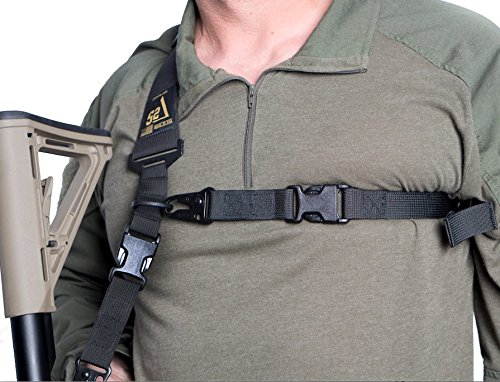 When you get right down to it, this tool is basically a circle you put around your shoulder and strap across your body, for the primary reason -- to hold your firearm. Whichever shoulder is your dominant one, put it on that, however, even if you want to put in on the other one, it works the same also. And to be honest, the process is so simple that you can’t mess it up even if you try.

You can attach the gun to the sling before or after you wear it; it doesn’t matter or affect the outcome in any way. Because the sling itself doesn’t do the work attaching to the gun, as that’s the job of the connecting point. However, some does prefer to attach it after wearing the sling, so the weapon doesn’t get swing around in front of your face while you’re trying to wrap the sling around your neck and shoulder.

A single point gun sling will probably not that difficult for you to figure it out all on your own. But still, after its growing popularity, we find that there are many gun users out there who are a bit confused about the whole thing. So, take 5 minutes to read to ensure everything’s where it’s supposed to be!

If you feel there’s anything left out, let us know by commenting below!