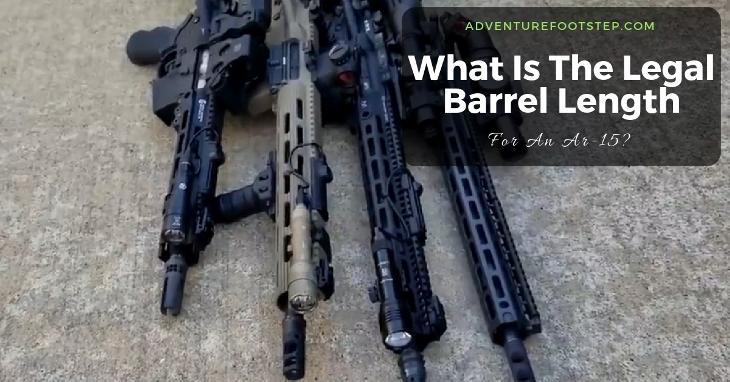 What Is The Legal Barrel Length For An Ar-15?

Depending on target, shooters usually have different choices in different barrel lengths for an AR-15.

The Scope Of Barrel Length For An AR-15

The 14.5″ barrel named M4 type, drastically reduced in length and weight in comparison to the 20″ size M16 type, is used in the military.

In this range, AR-15 with the barrel length in 16″ is currently the most commonly used by the civilians.

Meanwhile, 20″ barrel AR-15 is getting less and less popular, except for the FNH M16A4 versions on the market.

The main reason is that it might be faster than other shorter barrels, but it's hard for you to keep it balanced or hide it in a backpack or other carry bag.

The 18″ barrels are the choice of many shooters. Although they give you a faster bullet shooting, you have to pay more for added size and weight.

Many shooters prefer AR-15 with longer barrels, and it is not difficult for them to find AR-15 in 22″ or 24″ barrel size.

What Is The Legal Barrel Length For An AR-15?

What is the legal barrel length for an AR-15? You should know the legal regulations for the weapon that you are using to avoid troubles. 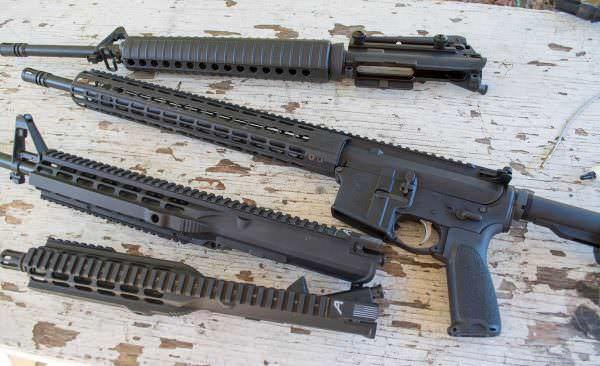 Making it as easy and simple as good, the answer to this question is 16″. Owning a 16″ barrel AR-15 gives you more advantages than the other sizes:

Requirements For Barrels Shorter Than 16″

If you own a 14.5″ barrel for an AR-15, you can buy a specific muzzle device such as a flash hider which will be pinned or welded permanently to the barrel.

This process might consume time and money, but it is the only way for shooters to own an AR-15 rifle legally with a shorter barrel than 16″.

They will drill a hole via the flash suppressor and into the barrel, attach a pin, and finally weld to shut the hole.

However, some other gunsmiths insist on an AR-15 with barrels shorter than 14.5-inch size (+ 1.5 inches!). In this case, they can still have it by avoiding having to pay special tax stamps or avoid government permission slips.

Here are two suggestions to get it legally (in some areas):

They are usually sports barrels with length from 10 inches to 12 inches, which can be easily hidden in a briefcase or under a jacket.

However, some of their accuracy and a lot of muzzle velocity might be lost. Also, their operation is very harsh, reliability is low, and they’re harder to shoot.

For the AR-15 Pistol

The 16″ size is only applied for rifles, not pistols.

So with different calibers of rifle and pistol, you can build an AR pistol. It might eliminate the demand for the 16″ size.

In reality, it is too much different between AR-15 pistols and SBRs.

In some areas, it is legal to use AR-15 pistols, but it is not for SBRs.

And most of the practical difficulties are the same for both an AR-15 pistol and an SBR.

With a CCW (short name of concealed carry weapons) permit, you could use something like a shoulder holster to wear an AR-15 pistol legally.

Related that, If you are finding scope for ar15, Click here to read my recent buying guide, it will helpful!

Ultimately, the answer to the question “What is the legal length for an AR-15?” is 16 inches.

It means the barrel length for an AR-15 must be at least 16″ to be regarded legal by the Bureau of Alcohol, Tobacco, Firearms, and Explosives (ATF).

If you want a shorter barrel for an AR-15, you need to fill in some extra bureaucratic paperwork and get the tax stamp from the ATF with the fee of $200.

“However, some of their accuracy and a lot of muzzle velocity might be lost. Also, their operation is very harsh, reliability is low, and they’re harder to shoot.”

Can’t say I agree with that unqualified/unreferenced statement.

How much muzzle velocity/accuracy is lost, exactly? Is it negligible (yes) from a 16 in barrel? Very harsh operation? Huh? Low reliability? Harder to shoot?

Sorry, it just sounds like you have basically zero experience with short barreled ARs. I’d invite you to tell someone like John Lovell, who has a lot of experience shooting them, that statement and see what he says.

It is common knowledge (for a couple hundred years at least) that barrel length has a direct impact on velocity. There is a point of diminishing returns but all other barrel characteristic being equal the typical 5.56 or .223 ammo will reach maximum velocity in a barrel that is around 20″ and this diminishes significantly as the barrel length goes down. This will vary a little for different ammo depending on powder burn rate. A simple google search will have provided a ridiculous amount of information in both videos and written articles and documentation. Here are a couple:

IF I put a 7 inch suppressor on my AR will the barrel still need to be 16″? I have to get a Tax Stamp for my suppressor anyway…

Note that this is not offered as nor should it be construed as legal advice.