This post may contain affiliate links. When you buy through links on our site, we may earn an affiliate commission (no added cost for you).

Vortex is all about performance and that explains why they are a sweetheart of American hunters. A company that started in the late 1980s has some credibility. They may have joined the riflescope industry a bit late (in 2002), but have never looked back ever since then. We are about to discuss two of their best-selling optic devices in this feature.

Although, both Sparc II and Strikefire II belong to the same brand, yet they differ in many ways. This discussion about the Vortex Sparc vs Strikefire only proves this point that they have distinct consumers as well. If you are still confused between the two, then read this post till the end to know more about them. Just pay attention to this conversation and then decide which one suits you best.

To start with, we must tell you that both these scopes are good as entry-level sights. The point is, if you are into range shooting and hunting, these two scopes are more than enough. Most people will be satisfied with simple scopes and only those want combat-ready scopes will go for Trijicon and Aimpoint. Nonetheless, we will talk about everything you would need to know about the two scopes.

What Is Vortex Optics Sparc II? 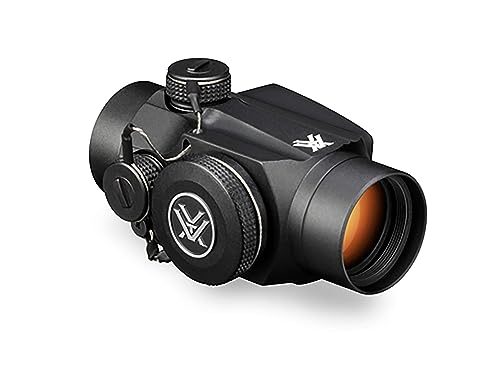 See, this is a compact scope that is packed in with features. It has a modular base that helps you to mount it on handguns to shotguns. Moreover, it is made from aircraft-grade aluminum and its one-piece build makes it sturdy. Mention has to be made about it being shockproof and that means it can bear a lot of impact and recoil.

Features Of The Vortex Sparc II

This one has a lot to talk about and here what we found:

The daylight red dot allows you to shoot with both eyes open that help you take advantage out of your peripheral vision. The Speed Point Aiming for Rapid Combat (Sparc) also has a height regulation facility that makes it a versatile choice for any kind of a firearm.

What Is The Vortex Optics Strikefire II? 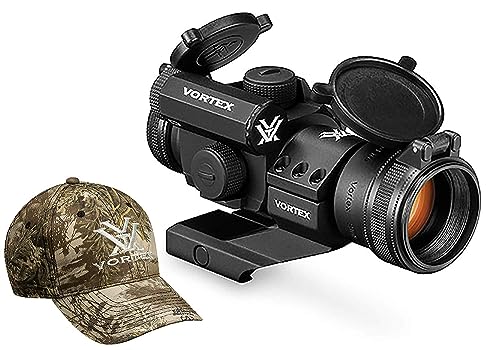 To be honest, this is ideal for situations when you need to take that split-second decision. This is why the Strikefire II is popular among range shooters. It is indeed a good selection for a sporting rifle. It is a lightweight and compressed device that can be mounted on a shotgun or a rifle. It also permits shooters to work with two different dot colors – red and green. On top of everything, it comes with 10 brightness settings to suit the changing conditions.

We have jotted down the following attributes in the Strikefire II:

The Strikefire II accompanies a cantilever that aids you to move this sight when using a magnifier. This scope approves of using both the eyes for shooting can enrich your shooting experience.

The Difference: Vortex Sparc Vs Strikefire

The biggest dissimilarity would be that of Sparc II only has red dot in comparison to red and green dot as found in the Strikefire II. Both are aesthetically pleasing to look at, speaking from a design perspective. These are reliable optics that make your day when range shooting or hunting. Vortex has once again nailed it, as we are comparing two of their products without even considering any other product.

Besides, these similarities these two products differ and cater class of people. Here are a few pointers that would make it clear:

The Strikefire II runs on a CR2 battery that is said to last anywhere between 400 to 7,000 hours (as per use). Not to forget that this is an inexpensive battery and is commonly found in cameras. On the contrary, Sparc II makes use of a CR 2032 cell battery that can last for 350 to 5,000 hours (according to its use). This looks like a coin and is an expensive option. The lithium metal batteries are readily available everywhere.

Both of these scopes come with automatic shutting down properties. This indubitably assists you to save battery life. Nevertheless, Sparc II has 12-hour window for this shutdown and the Strikefire II takes 6 hours for this.

Strikefire II is primarily used for tactical purposes and with long battery life, it can do more for you. Then again, the Sparc II is also used for tactical shooting, some closer-range hunting plinking, varmint shooting, and target shooting. The possibilities will increase if you tend to use a magnifier with them. Yes, both are good for novices and if you don’t want to shell out a lot then the Sparc II could be your choice, as it is reasonable.

Although, both are light in weight, yet there is a variance. The Sparc II weighs only 5.9oz, whereas the Strikefire II weighs something around 7.2oz. This matters when mounted on a weapon. So, now, you can take a fair call based on all these arguments.

Look, both are rugged and are feature-rich units. You may base your decision on price and these features. You must remember that Strikefire II is bigger, whereas, Sparc II is smaller and compact. This comparison between Vortex Sparc vs Strikefire will never end, but you can certainly make that educated call after reading this.

Both scopes are worth your investment and we do not deny that. Yes, but Strikefire II has green and red dots, along with night vision. Yes, Sparc II is way more affordable than the former. It is totally up to you to decide and we wish you all the best in your endeavors. What are you waiting for?