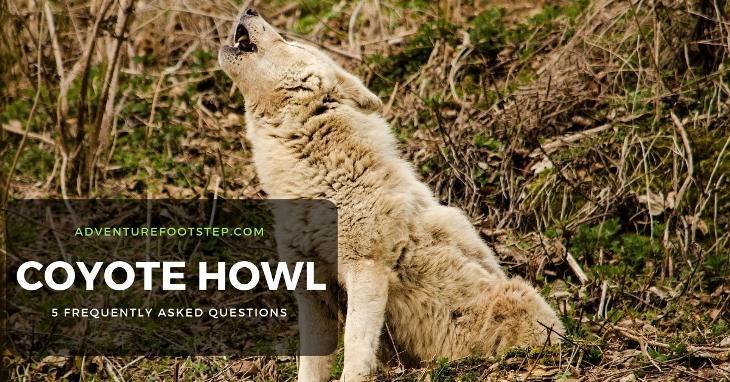 Next Time, Do Not Be Scared If You Hear A Coyote Howl!

One day while working in my room, I heard a coyote howl. Then, my 3-year-old boy rushed into and said worriedly.

Me: Calm down, Jack. Just a coyote howl.

My boy: What is a coyote? Why do they howl so loud?

He left disappointed. So, I decided to do some searches hoping I could give him an answer. The coyote howl turned out really interesting. Here are 5 facts to share. 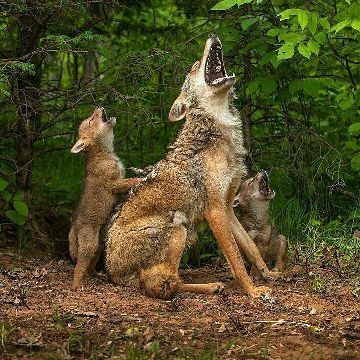 Look at these cunning creatures

If you hear the coyote howl for the first time, you might mistake it for a wolf howl. In fact, they are different, “ a lot” - I might add.

Coyote is considered as the most vocal mammal in North America. They have a high-pitched squeal which bursts in short, rising and falling in pitch. When howling, coyote seems like a “dogs song” with punctual yips, yaps, and barks. To be said, a pack howl sounds like the hysterical laugh of many people, at one time.

On the other hand, wolves have a more mournful howl which is longer and deeper than the coyote howl. Also, instead of yips and yaps in a while, the wolf howl includes barks and growls.

Still not figure out what the coyote howl is like? Then, hear it yourself.

Remember to turn down your earphone a bit, or the howl might startle you.

One interesting fact is that the coyote pack is often smaller than their sound. It is because they combine their wavering howls while changing in pitch rapidly. That way, the sound becomes melodious and symphony - Such smart creatures.

Why Does a Coyote Howl?

Are they hungry or hurt, or something like that?

Coyotes can howl for whatever reasons, but mostly not because they are searching or downing prey. Instead, the howl is their natural language to communicate with each other.

A dozen of coyote howls are identified, but the following three types are the most common.

Lone howling: This is the howl made by a single coyote, which is started with “herald barks” (a series of barks) to inform other coyotes in his social group of where he is so that they can find each other. In turn, other coyotes howl back to answer.

When the lone howling is long, low-pitched and unhurried, then there is just an alpha male looking for a mate.

Group howling: After the lone howls, coyotes often gather together. That time, they howl in group successively or simultaneously to “greet” each other or to respond to distant friends. So, I usually call this type as a “reuniting” howl.

Group yip-howling: This howl chorus includes different coyote vocalizations, mostly to announce the territory between coyotes groups. It might also reaffirm the status in one coyote pack or to synchronize mood.

Read more: How To Choose The Best Coyote Hunting Lights?

When can You Hear a Coyote Howl?

Since coyotes usually howl as their natural communication to reach out to other friends, for whatever reasons, you might hear their vocalization at any time of day and night. But most frequently, at night.

The fast development of human beings has somehow displaced coyotes, and other wild animals, from their home territory. They end up living among us - in lush city parks or manicured lawns. But, they try to avoid us by not showing their faces often during the daytime. So, we hardly “hear” them.

At night when coming out for food or prey, they howl to get reunited.

“Does a coyote howl at the moon?” - My little boy asked.

That time, I told him a Native American story about Coyote and The Moon.

But, to tell the truth, coyotes do not howl at the lunar moon! Again, they howl at night. And a night with much moonlight makes dense forests clearer - Ideal time for nightly activities like a pack hunting.

In the spring, you might hear they “sing” all night. A bit annoying, but just roll over and back to sleep. It is time coyotes make baby coyotes.

How Far can a Coyote Howl Travel?

If you hear a low coyote howl nearby, do not scare so much. They might be 1000 yards away from you. Sometimes, the distance is shorter or longer depending on the environment around.

For example, the coyote howl on a mountain or in the wind will be audible and travel quite a distance. That howl is bounced off by many objects like the far side of the valley, rocks or trees. Thus, people often overestimate the number of coyotes. One group howl of two coyotes sounds like a pack of ten or more.

If you are in a busy residence, it is also hard to figure out a coyote howl at daytime. However, on a peaceful evening when people fall asleep, and traffic has ceased, you can hear the howl from far away.

Should I be Concerned When Hearing the Coyote Howl?

Coyotes just “talk” to each other rather than trying to scare or challenge us.

Also, they might be far away. Even if they are nearby, act normally. Coyotes are not prone to attack people straight away unless they feel threatened. For example, you carry a rifle toward them. By the way, if you are using a rifle, you should read my recent buying guide about best ar 10 scopes for hunting here. It's useful!

I do not know why many people find it hard to coexist with urban coyotes and try to kill them. If they do not harm you, why can let it be?

I am a hunter but not for coyotes, especially after having searched about them. Instead of being hated, this animal turns out being social, careful, adaptive but sometimes, very shy. 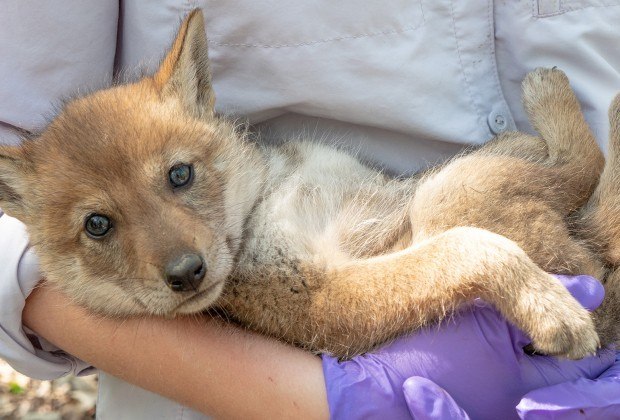 Next time, if your sweet young wonder about a sudden coyote howl, you can answer them all straightforward. Can you?

Anyway, the better we understand coyote behaviors, the more comfortable we end up living peacefully with them.